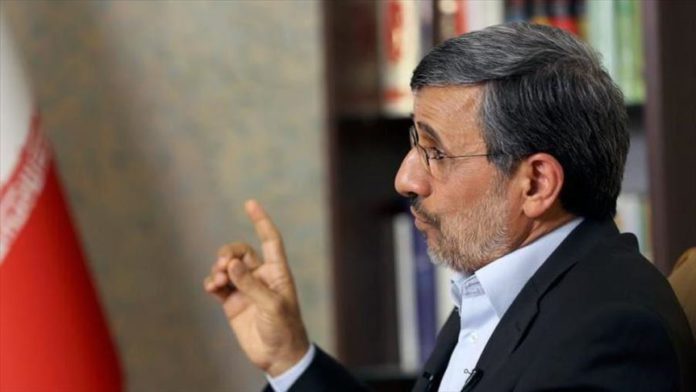 Former Iranian President Mahmoud Ahmedinejad said Friday that Washington’s unilateral sanctions on his country are inhumane and an attack against Iran.

Ahmedinejad told Mehmet Koc of the Ankara-based Center for Iranian Studies (IRAM) that the US has been against Iran’s nuclear program from the very beginning.

He said the 2015 nuclear deal, or the Joint Comprehensive Plan of Action (JCPOA), could not end decades of tension between the US and Iran.

Ahmedinejad noted in the exclusive interview that America’s “maximum pressure” policy against Iran is not likely to change after the upcoming US presidential elections.

Multiple reports cited anonymous European officials who warned prior to the announcement that the move would make it virtually impossible for Iran to pay for imported humanitarian goods and would expose European financial institutions to potential secondary sanctions.

US President Donald Trump and his administration have been seeking to kill the nuclear deal Washington and other world powers struck with Iran, and has been ramping up a “maximum pressure” campaign aimed at bringing Tehran back to the negotiating table.

During the nine-year period that started with the Arab Spring, regional countries could not achieve a better economic and political situation as most resources in the region were spent on war and destruction, said Ahmedinejad.

He said that the resources could be spent to deepen friendships among countries in the region and urged nations to unite to solve ongoing disputes through cooperation.

On the recent military escalation between Armenia and Azerbaijan, he said a conflict that has not been resolved by negotiation for 30 years cannot be solved through war.

Underlining that there are easier solutions to the problem, he said countries in the region must come together and mediate between the two conflicting parties.

“External powers do not want us to solve our problems in a friendly, rational and legal framework and through regional cooperation, rather they want conflict in the region,” he said.

World powers, including Russia, France and the US, have urged an immediate cease-fire.

Urging cooperation and solidarity between Iran and Turkey, Ahmedinejad said it is gratifying that the two countries did not reflect their disagreements on regional issues in bilateral relations.

Turkey and Iran may take the lead to establish unity and solidarity among regional countries, he said and expressed his belief that the Turkish nation would play a very effective role in establishing a better world and in solving regional problems.