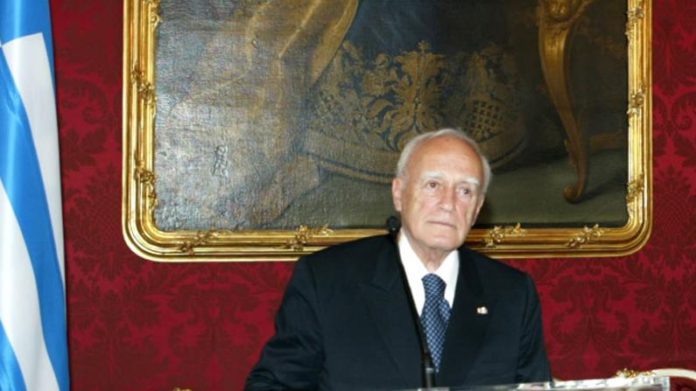 Karolos Papoulias, a former president of Greece, died on Sunday at the age of 92.

Papoulias was a strong proponent of closer ties between Greece and Turkey.

During his first term as foreign minister, he signed the Papoulias-Yilmaz memorandum with his then-Turkish counterpart Mesut Yilmaz in 1988 to improve relations, and also supported Turkey’s European aspirations.

As one of the founding members of the Panhellenic Socialist Movement (PASOK), Papoulias was a close associate of Andreas Papandreou, the party’s leader and former Greek prime minister.

He was first elected to parliament in 1977 and retained his seat in every national election until 2004.

He was part of the armed resistance against Nazi forces and among the founders of the Socialist Democratic Union, which organized and mobilized Greeks living in Western Europe.

“His participation in the National Resistance and his efforts against the junta defined his journey, reflecting his constant commitment to the ideals of freedom and justice that he consistently defended,” President Katerina Sakellaropoulou said in a condolence message.

Born on June 4, 1929 in the village of Molybdoskepastos in Greece’s Ioannina region, Papoulias had a law degree from the University of Athens and continued his studies in Milan and Cologne, where he completed his doctorate.

Papoulias was married to Maria Panou with three daughters.