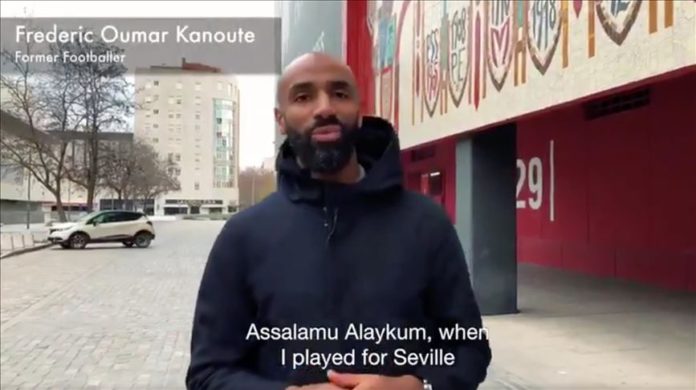 Starting more than one year ago, the French-born Malian player raised $1 million in an online mosque campaign called Kanoute4SevilleMosque.

“When I played for Sevilla, I helped the Muslim community with their temporary musallah. They now need your help to build a masjid in Seville, a city that hasn’t had the masjid for over 700 years,” Kanoute shared a video on Twitter.

“I feel honored to be part of this project which I believe is worth supporting. A place like this will be a shining example of the life of Islam in our day Insha’Allah. We all know that one player alone doesn’t win the match. Join our team we need your support,” he added.

Maybe you heard I was given the honour to help the temporary Mosque in Seville? Now you too can be part of the FIRST purpose-built mosque in Seville!

Kanoute said that the campaign reached $1 million as of Wednesday as he thanks to people who donate money or just spread this message.

“So thank you very much. May Allah reward you and elevate you all those who have participated to that campaign, or those who have contributed, whether it is with donating money or just spreading the message”.

Winning two UEFA Cup and two UEFA Super Cup with Sevilla in 2006 and 2007, Kanoute became one of the top scorers in the 2004 Africa Cup of Nations with his nation.