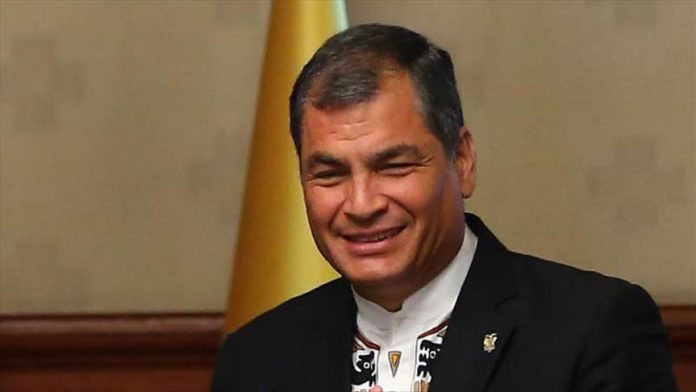 Ecuador’s anti-imperialist former President Rafael Correa shared a picture that compared the inaugural ceremony of Bolivia’s former like-minded president Evo Morales to self-proclaimed interim president Jeanine Anez, in an effort to say it all about the political situation in the Andean nation.

Correa pointed to the fact that the recently ousted Morales delivered his oath of office to civilian officials — as per the country’s constitution — while Anez took charge with the backing of military staff, who were present at her inauguration.

In images Correa posted on Twitter on Tuesday, Morales can be seen receiving his presidential sash