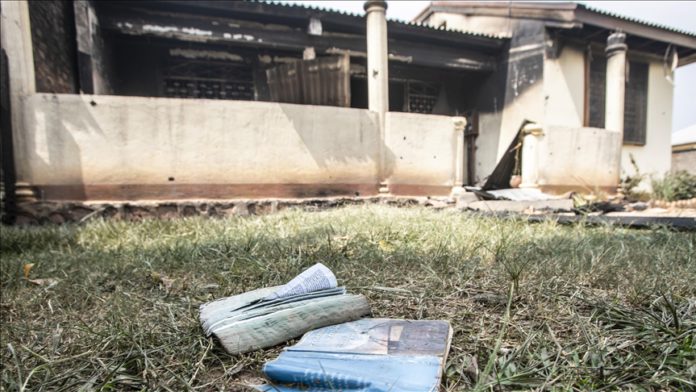 The incident occurred after the presidential guard supported by Rwandan mercenaries clashed for several hours with security personnel guarding Bozize’s residence, according to the Corbeau News website.

In another neighborhood, a police station was attacked and looted by unidentified individuals following a verbal altercation between police officers and a group of former soldiers.

Overthrown by a coup in 2013 and accused of crimes against humanity and incitement to genocide, Bozize spent six years in exile.

He recently made a controversial return to his country to run in the presidential election set to be held on Dec. 27, but his candidacy was invalidated by the constitutional court.

On Dec. 19, the government accused him of fomenting a “coup” after three main armed groups had just merged.

Bozize had reportedly amassed men in a town on the outskirts of the capital Bangui with the intention of marching on the city, local media quoted Ange-Maxime Kazagui, a spokesman for the government, as saying.

Kazagui said it was “clearly an attempted coup.”

“The commitment of peacekeepers and the Central African Republic armed forces has made it possible to respond firmly to attempts at destabilization,” the French government said in a statement issued Wednesday.

In addition to the French troops, Rwanda and Russia have also sent troops to help the government “hold elections in a peaceful climate,” the Rwandan Foreign Ministry said in a statement.

While some observers are convinced that the return of peace should precede these elections, with the African and international community continuing to call for the laying down of arms, the UN warned Tuesday that the failure to organize elections would lead to uncontrollable instability.