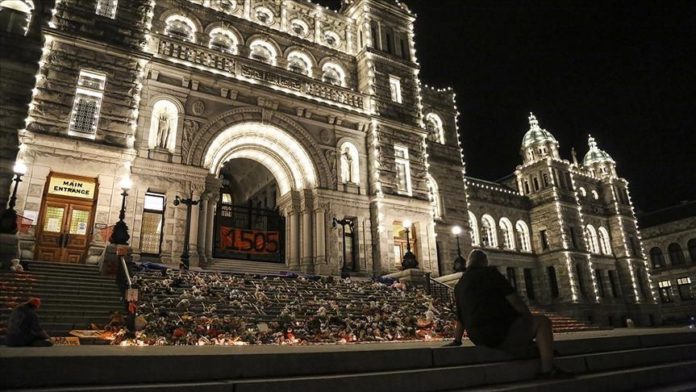 A former Canadian priest slammed the Catholic Church on Saturday because he said it was “responsible” for the residential school’s treatment of Indigenous people.

“We were complicit with the government in the design, the implementation and the management of these schools,” Andre Poilievre, 85, told the Canadian Broadcasting Corporation. “As a Catholic church, we were responsible. We need a collective, corporate response.”

Poilievre is frustrated with the “church’s and society’s treatment of Indigenous people,” and he said he threw his white clerical collar in a trash can in 1978 after seeing the residential school’s devastating impact on Indigenous families.

He criticized the Church for not paying residential school survivors the $25 million it promised in the 2005 Indian Residential School Settlement Agreement.

“It’s scandalous, really shameful,” he said. “It was a loophole. It might be legal, but it’s not ethical.”

Poilievre said the Church spent more than $290 million in constructing cathedrals and churches across Canada since that time.

“It’s pitiful. I think money should be spent on people first, and buildings and cathedrals last,” he said.

A total of 215 graves were found in May by the Tk’emlups te Secwepemc First Nation at the site of a former school in Kamloops, British Columbia.

In mid-June, 751 unmarked graves were discovered at the former Marieval residential school by the Cowessess First Nation in Saskatchewan.

About 150,000 Indigenous children were taken from their parents and forced to attend residential schools across Canada, beginning in the 1890s. The last school closed in 1996.

In many cases, the children endured beatings and sexual abuse as they were taught white culture. It is estimated that at least 4,000 died.