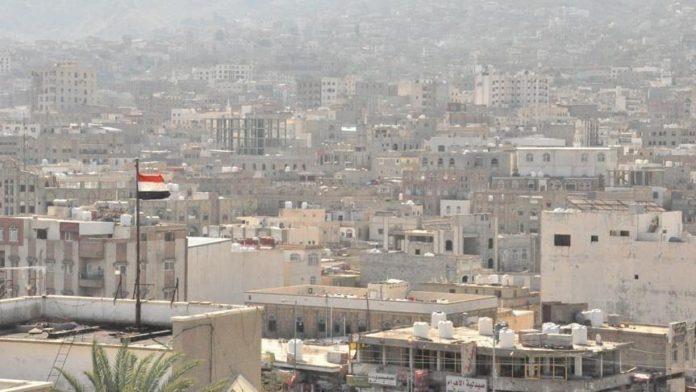 As political efforts to solve the 7-year conflict in Yemen remain deadlocked, a former boy scout and his small team are busy extracting bodies of the dead from the battlefield to bring relief to their families.

Hadi Jumaan, 35, the director of Humanitarian Mediators for Rights and Development Foundation (HMRDF), said he has been working in extracting hundreds of dead bodies from the war fronts in Yemen since 2016.

“We act as a humanitarian mediator to bring the warring parties closer by reclaiming the dead bodies from fighting fronts and hand them over to their families or to the relevant authorities,” he told Anadolu Agency.

Jumaan said his team has managed to retrieve approximately 2,000 dead bodies since 2016.

“In Marib alone, the group successfully took out about 225 corpses since January 2021,” he added.

His team also works to search for missing persons, mediate the exchange of prisoners, and facilitate the release of detainees.

Yemen has been engulfed by violence and instability since 2014, when Iranian-aligned Houthi rebels captured much of the country, including the capital Sanaa.

A Saudi-led coalition aimed at reinstating the Yemeni government has worsened the situation, causing one of the world’s worst man-made humanitarian crises, with nearly 80% or about 30 million needing humanitarian assistance and protection, and more than 13 million in danger of starvation, according to UN estimates.

Jumaan said his team has facilitated the release of more than 300 prisoners and the freeing of hundreds of detainees since 2016.

“I started working in this field voluntarily in August 2015 with a group of former boy scouts. It all started when one of my friends asked me to retrieve the bodies of his brothers from battlefronts near my city,” he said.

“After contacting some military leaders and social figures in the area, I got them to agree to get the bodies out, along with other corpses as well.”

Later on, the calls from desperate families to remove their relatives’ bodies from battlefronts “never stopped”, and the team headed by Jumaan managed to establish its own NGO in 2016.

A recent United Nations report projected that by the end of 2021, the death toll from the seven-year Yemeni conflict will reach 377,000.

Jumaan’s team started working with 75 male and female volunteers, but the lack of financial resources caused the number to dwindle to only 15.

“We got in debt. I had to sell some of my personal properties to keep the work on. I still have to pay around 8 million Yemeni riyals ($16.000),” Jumaan said.

The former scout is trying to cover the expenses from the money he gets from online donations as he succeeded to collect $ 2,150 out of his $ 5,000 target.

Although the team works with close coordination with the warring parties, it still faces a lot of risks while retrieving corpses from battlefields.

“I was imprisoned more than eight times because I was suspected to work as a spy for both parties of the conflict,” Jumaan said.

“The last time I was in prison, I was held for 50 days. On March 2018, we barely survived an airstrike,” he recalled.

After long negotiations with fighting parties, Jumaan and his team managed to enter conflict zones wearing white clothing and raising a white scarf like a flag. They bring with them plastic bags and a mobile phone, but “never bring a gun.”

After working in the job for five years, the team still finds it “difficult to identify many of the corpses as they stay on sites for days and months.”

“Some corpses get decomposed and rotted, and others were received in pieces,” Jumaan said. “Sometimes we lose communication with the team on-site due to the interruption of communication networks.”

The team also lacks proper transportation and specialized refrigerators to store the bodies.

Labeling corpses as a “commander”, “ordinary soldier”, or “tribesman” is another problem for Jumaan and his team.

“Labelling and weighting corpses makes negotiations more difficult and wastes a lot of time and efforts,” he said. “Parties sometimes request an exchange of bodies from the same ranks or exchange the dead bodies with alive prisoners.”

“The intentional delay of handing over some corpses to the other party makes it difficult for us to maintain trust and manage more deals between the parties,” Jumaan said.

Regardless of political disputes, Jumaan calls on all parties to “respect the dead and allow humanitarian teams to return the bodies to their loved ones to bury them.”

He also calls on international organizations to support such initiatives that focus on doing a “very risky job that no one pays attention to.”