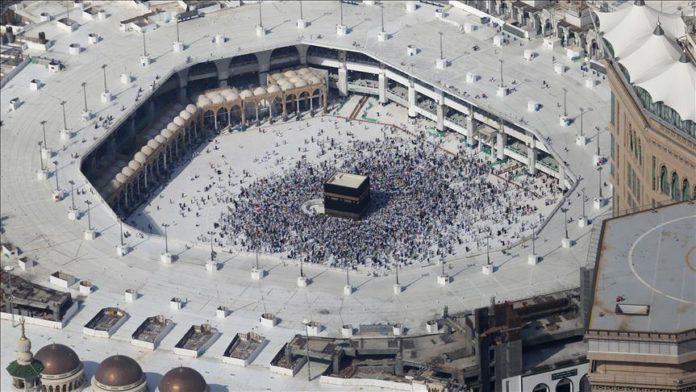 The first group of pilgrims performed their Umrah on Wednesday after an eight-month suspension due to the novel coronavirus.

The pilgrims were initially required to complete a 3-day quarantine upon their arrival before proceeding to the Grand Mosque.

The Saudi Hajj and Umrah Ministry said on Twitter that pilgrims from outside the country are out of quarantine and heading to the Grand Mosque in the holy city of Mecca.

On the other hand, the General Presidency for the Affairs of the Grand Mosque and the Prophet’s Mosque on Wednesday evening announced its full preparedness to receive pilgrims coming from abroad.

Last week, the first flight carrying pilgrims from abroad landed at Jeddah airport after eight months of suspension due to the coronavirus outbreak, and included citizens from Indonesia and Pakistan.

Umrah is the Islamic pilgrimage to the holy city of Mecca that Muslims can undertake at any time of the year.

ANALYSIS – Is Israel heading for 5th parliamentary poll in 2...