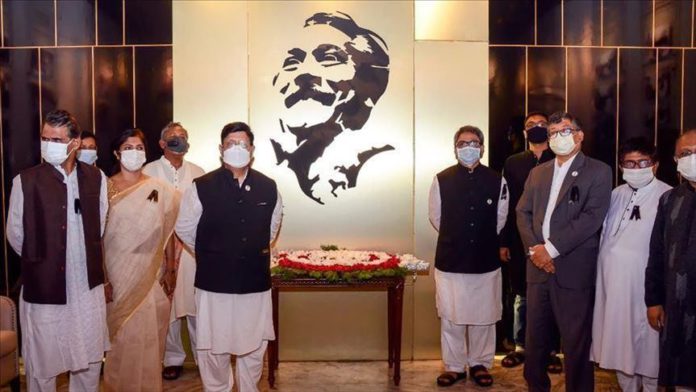 Bangladesh’s overseas missions held programs Saturday in observance of the 45th anniversary of the assassination of the country’s founding leader, Sheikh Mujibur Rahman.

The Bangladesh Consul General in Istanbul held a live webinar “One leader and birth of a nation,” with top diplomats and other professionals in attendance.

Bangladesh Embassy in Ankara also observed the day and Mujibur’s death anniversary, with envoy M. Allama Siddiki hoisting the national flag at half-staff on the premises.

Speakers on the webinar characterized Mujib as an idol who fought throughout his life against oppression and in favor of justice and emancipation.

Bangladesh is also observing 2020-2021 as Mujib Year on the centennial birth anniversary of the founding leader, who is also considered the father of the nation.

Speakers also hoped that in celebration of Mujib Year, brotherly relations between Turks and Bangladeshis will be strengthened.

Focusing on the huge possibilities of mutual benefit between Ankara and Dhaka, panelists emphasized bolstering cooperation to fight the coronavirus pandemic.