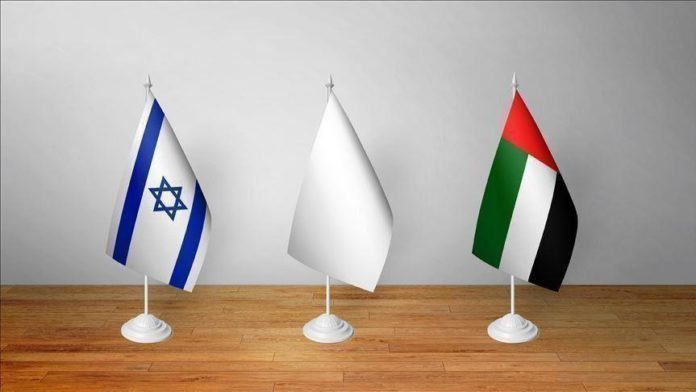 Israel’s official KAN TV channel did not disclose the details of the agreement.

The meeting, the first of its kind to be conducted publicly, tackled “everything related to cooperation in confronting the Iranian nuclear threat,” the channel said.

Lapid and Al Nahyan also discussed an attempt to expand the circle of normalization agreements with Israel to include more Arab and Islamic countries and the situation in the Gaza Strip.

Earlier Tuesday, Lapid arrived in the UAE for a two-day official visit, the first of its kind, and opened his country’s embassy in Abu Dhabi.

The Palestinian resistance group Hamas said in a statement issued by its spokesman in Gaza, Hazem Qassem, that Israel’s opening of its embassy in the UAE “reflects the latter’s insistence on the national sin it committed through normalization.”

On Wednesday, Lapid is scheduled to inaugurate the Israeli consulate in Dubai.

In September last year, Israel, the UAE and Bahrain signed normalization agreements in Washington under the auspices of former US President Donald Trump.