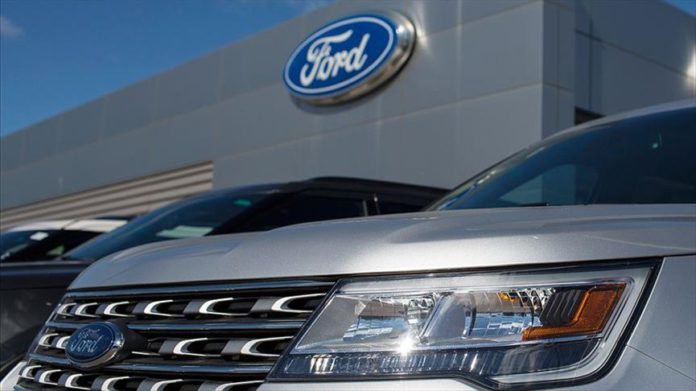 Ford Motor Co. announced Monday that it is closing all its factories in Brazil, bringing its more than 100-year history in the country to a close.

The company said in a press release that a drop in sales, the COVID-19 pandemic and the rise of the US dollar were factors in its decision.

“The COVID-19 pandemic increased the industry’s persistent idle capacity and the drop in sales, resulting in years of significant losses,” it said.

With the closure, an estimated 5,000 jobs will be lost both in Brazil and Argentina.

“We know these are very difficult but necessary actions in order to create a healthy and sustainable business,” said Ford President and CEO Jim Farley. “We are moving to an agile and lean business model by ending production in Brazil.”

The Ministry of Economy said in a statement that it regrets what it called “Ford’s global and strategic decision.”

According to the ministry, Ford’s decision “goes against the strong recovery observed in most sectors of the country, many of them already registering results superior to the pre-crisis period.”

The ministry also said it works hard to reduce the cost of doing business in Brazil “with initiatives that have already promoted important advances. This reinforces the need for rapid implementation of measures to improve the business environment and to move forward with structural reforms.”

Economy Minister Paulo Guedes has yet to comment directly on Ford’s decision.

Commenting on the automaker’s resolution and aiming at the federal government, Chamber of Deputies President Rodrigo Maia said it reflects “the Brazilian government’s lack of credibility, clear rules, legal certainty and a rational tax system.”

Maia has been in friction lately with President Jair Bolsonaro’s administration.

“Our [tax] system has become an insane asylum in recent years, which has a direct impact on the companies’ productivity,” said Maia.

“I hope this decision by Ford will alert the government and Congress so that we can move forward in modernizing the state and guaranteeing legal security for private capital in Brazil.”

In response to Maia, however, Ministry of Communications executive secretary Fabio Wajngarten said the US automaker “closed factories in the [whole] world because it will focus its production on SUVs and pickups, [which are] more profitable.”

According to Wajngarten, “it has nothing to do with the political, economic and legal situation in Brazil. Anyone who says otherwise lies and wants the spotlight.”

ANFAVEA, the National Association of Motor Vehicle Manufacturers, said in a statement that it “respects and regrets” Ford’s decision and that “this corroborates what the association has been warning for more than a year, about both the local and global industry’s idleness and the lack of measures to reduce the Brazil Cost,” which confirmed Maia’s remarks.

Claiming to be “surprised” by Ford’s decision, Vice President Hamilton Mourao said only that the company “made a lot of money” in Brazil and that it could have delayed its exit.

“It is not good news. I think Ford made a lot of money here in Brazil. I am surprised by this decision. A company that has been in Brazil for almost 100 years. I think it could have delayed and waited, as our consumer market is much larger than others.”

Salim Mattar, a businessman who was the government’s privatization secretary until last August, said “this is a result of the terrible business environment in Brazil.”

Former Minister of Industry, Foreign Trade and Services congressman Marcos Pereira criticized the Ministry of Economy, from which he asked a “friendlier look” to employers.

“If it is true that economic health can decide presidential elections, with [Ford’s] announcements, we can say that 2022 is right there, and those who live will see,” he wrote on Twitter.

In 1919, Ford was the first automaker to install plants in Brazil in what was perceived as a landmark of industrialization in the country, which then imported practically all manufactured products.

In 2020, it was only the fifth company to sell the most cars in the country, with a 7.14% share. According to the company, it will keep its product development center in Bahia state and both its Sao Paulo state testing field and administrative headquarters for South America.

In 2019, it ended its production at the Sao Bernardo do Campo plant. With today’s decision, Ford confirms the immediate interruption of activities in Camacari (Bahia state), where it produces both the Ka and EcoSport models, in addition to Taubate (Sao Paulo state), where automotive parts are made and Horizonte (Ceara state), where it manufactures its Troller T4.

Ford’s cars in Brazil will now be imported, mainly from Argentina and Uruguay. The automotive sector has been suffering amid the pandemic. In 2020, vehicle production in Brazil dropped 31.6%, recording its worst result in the country since 2003.

Trump to sign suspension of legal immigration to US