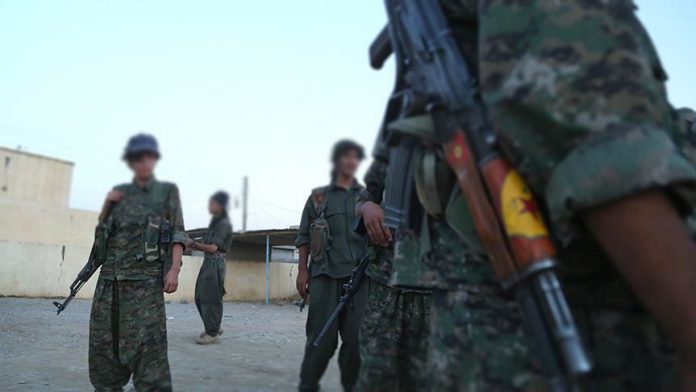 A teenage boy forced to join the ranks of the YPG/PKK terrorist organization fled during Turkey’s anti-terror operation in northern Syria and surrendered to the Syrian National Army.

Muayyed Shabo, 14, was living in Katof village in Syria’s northeastern Ras al-Ayn province before the YPG/PKK terrorists forcibly recruited him.

Shabo said YPG/PKK terrorists came to his village and forced all girls and boys to join the terrorist organization.

“The terrorists forcibly took us to their camps and they taught us how to fight,” he said.

“The terrorists were recruiting anyone who could carry a gun. There were