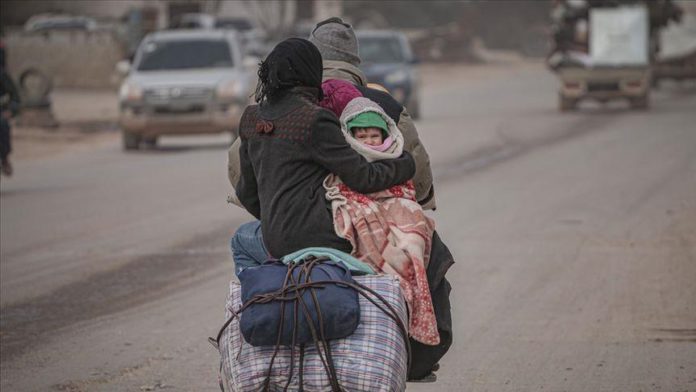 A report by the UN refugee agency estimated that global forced displacement surpassed 80 million at mid-year, noting that the full picture for 2020 is not yet established.

“With forced displacement doubling in the last decade, the international community is failing to safeguard peace,” said Filippo Grandi, the UN high commissioner for refugees.

“We are now surpassing another bleak milestone that will continue to grow unless world leaders stop wars.”

Colombia was the second with 1.8 million, including Venezuelans displaced abroad.

Turkey continued to host more than half of the Syrian refugees.

At the beginning of this year, persecution, conflict, and human rights violations had forced some 79.5 million people from their homes, said UNHCR.

This total included 45.7 million internally displaced people (IDPs), 29.6 million refugees and others forcibly displaced outside their country, and 4.2 million asylum seekers. Existing and new conflicts and the novel coronavirus have dramatically affected their lives in 2020.

UNHCR said that despite the UN secretary-general’s urgent appeal in March for a global cease-fire while the world fights the pandemic, conflicts and persecution continued.

Violence in Syria, the Democratic Republic of the Congo, Mozambique, Somalia, and Yemen drove new displacements in the first half of 2020.