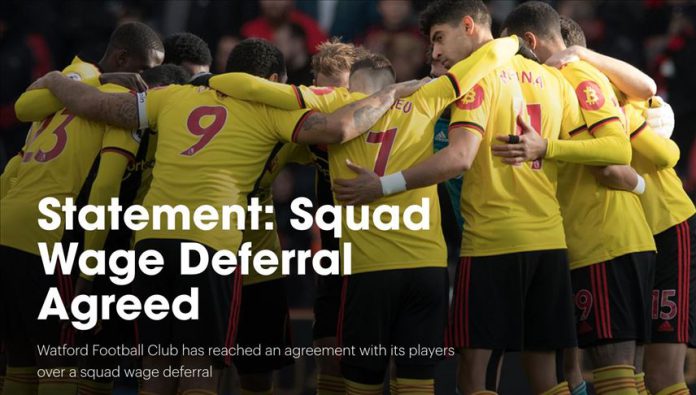 English Premier League club Watford said Wednesday its players will defer salaries because of the negative financial effects of the coronavirus pandemic.

“Watford Football Club has reached an agreement with its players over a squad wage deferral. The move follows positive and constructive discussions with the players – led by club captain Troy Deeney, and also including several senior members of the first-team squad,” the club said.

Chairman and CEO Scott Duxbury said the team is thankful to the players for their support to Watford.