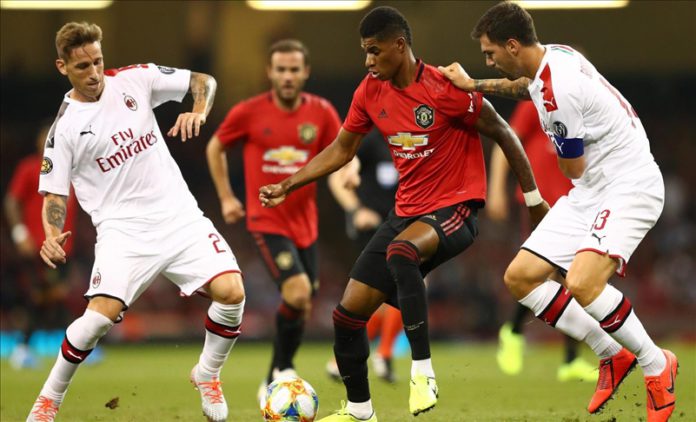 English football side Manchester United will take on Italy’s AC Milan on Thursday in a Europa League Round of 16 first-leg game.

The game will be officiated by Slovenian referee Slavko Vincic and will kick off at United’s Old Trafford stadium at 1755 GMT.

In a statement, The Red Devils’ captain Harry Maguire said that he feels excited about playing against AC Milan.

“When I was growing up, AC Milan were a massive club. The San Siro is an iconic stadium, so when we got drawn and people told us about who we got, it was an exciting tie,” Maguire added on the UEFA official website.

Both sides have won five matches against each other.

The United had won the Europa League title in 2017 after beating the Dutch side Ajax 2-0 at Stockholm’s Friends Arena.

The second-leg match will be held at San Siro stadium on March 18.