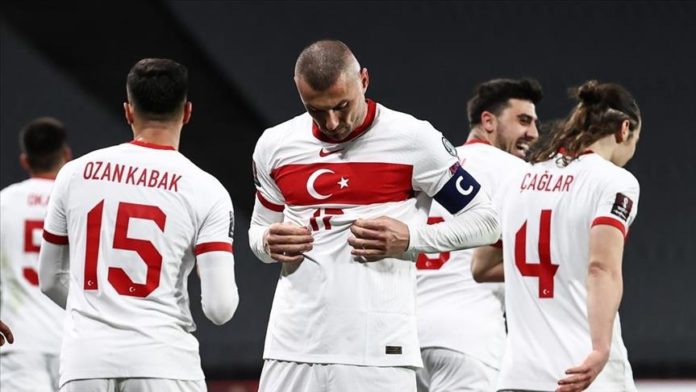 Burak Yilmaz scored a hat-trick — a long-range shot, a penalty kick and a well-taken free-kick — to fire his team into victory in the opening match of the European Qualifiers for the 2022 FIFA World Cup.

Burak Yilmaz broke the deadlock for Turkey with an early long-range shot in the 15th minute.

In minute 33, Okay Yokuslu was brought down by Donyell Malen ​​​​​​​inside the box, a penalty given to Turkey. Yilmaz converted the penalty to double the lead at Istanbul’s Ataturk Olympic stadium.

The first half ended with a 2-0 score.

Turkey made a great start to the second half as Hakan Calhanoglu got a classy long shot in the 46th minute.

After having some troubles in the defense, the Turkish national team found themselves out of the comfortable 3-0 lead to a fragile 3-2 score.

The Netherlands scored a quickfire double in the 75th and 76th minutes to create a chance to level the match. Scorers were Davy Klaassen and Luuk De Jong.

However, Yilmaz crushed that hope of glimmer with a great free-kick, made the score 4-2 in the 81st minute.

In the dying minutes of the match, goalkeeper Ugurcan Cakir saved Memphis Depay’s penalty kick, putting the cherry on top.