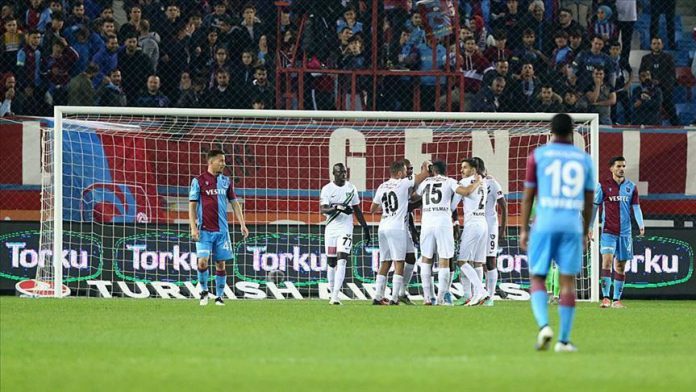 Trabzonspor were defeated 2-1 at home by Yukatel Denizlispor in a Week 15 match.

Trabzonspor’s goal came in the 21st minute of the first half with an own goal by Oguz Yilmaz. Denizlispor responded with two goals in the second half by Hugo Rodallega in the 59th and 82nd minutes.

Trabzonspor are currently in third place with 26 points, seven points away from the top spot.

At home in Istanbul, another title-eyeing team, Basaksehir, also dropped points as they drew against IH Konyaspor 1-1.