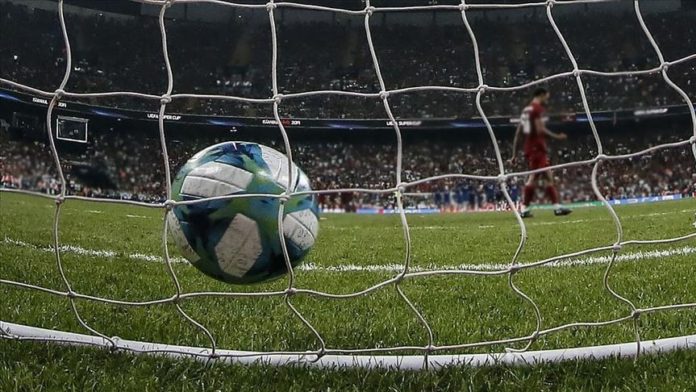 British Prime Minister Boris Johnson announced on Wednesday that football stadium bans will be extended to those who commit online racism.

Johnson made his commitment in parliament during Prime Minister’s Questions when both he and his home secretary Priti Patel came under severe criticism in the wake of racist social media abuse against England players following the team’s loss in the Euros final over the weekend.

Marcus Rashford, Jadon Sancho, and Bukayo Saka missed their penalties against Italy. The players, all of whom are Black, suffered racist social media abuse following England’s defeat in the penalty shootout.

Johnson said in parliament: “If you are guilty of racist abuse online of footballers, then you will not be going to the match.”

“No ifs, no buts. No exemptions and no excuses,” he said.

Currently, the stadium bans only apply if an individual commits certain offences, such as violent behavior or public disorder, but does not cover online racism.

Johnson met yesterday with representatives from social media companies to discuss the racial abuse on their platforms and said in parliament today: “Unless they get hate and racism off their platforms, they will face fines amounting to 10% of their global revenues.”

He accused the prime minister of giving the green light to racism and encouraging culture wars by failing to condemn England fans who booed the England team when they took the knee before matches to protest racial injustice.

Johnson insisted that he said at the time that no one should boo the England team.

Patel, Johnson’s home secretary, went even further at the time, telling the right-wing GB News television channel that taking the knee was “gesture politics” and that she did not support it, adding that it was for fans to decide whether they booed or not.

When Patel later tweeted she was “disgusted” by the racist abuse England players received, England footballer Tyrone Mings quote-tweeted her saying: “You don’t get to stoke the fire at the beginning of the tournament by labelling our anti-racism message as ‘Gesture Politics’ & then pretend to be disgusted when the very thing we’re campaigning against, happens.”

Mings’ tweet has been liked over 548,000 times and was emblematic of the widespread criticism levelled at Johnson and Patel for their stance on the England team taking the knee.

In the aftermath of England’s defeat, Rashford tweeted a letter in which he said: “I can take critique of my performance all day long, my penalty was not good enough, it should have gone in but I will never apologise for who I am and where I came from.”

“I’m Marcus Rashford, 23-year-old, black man from Withington and Wythenshawe, South Manchester. If I have nothing else, I have that.”

His tweet was liked over 1 million times, showing the strength of support for England’s players.

In parliament today, amid heated criticism, Johnson said: “I want to reiterate my support, our support, our total support for our fantastic team and I support them in the way that they show solidarity with their friends who face racism.”

“The home secretary has faced racism and prejudice all her career of a kind that he can never imagine, and she has taken practical steps to get black and minority officers into the police in record numbers,” he added.

Starmer accused the prime minister and his government of changing course only when they realized they were on the “wrong side.”

“Why else would a Conservative MP boast that he’s not watching his own team? Why else would another Conservative MP say that Marcus Rashford spends too much time playing politics when he’s actually trying to feed children that the government won’t? And why will the prime minister refuse time and time again – even now – to condemn those who boo our players for standing up against racism?,” Starmer said.

“What is it that this England team symbolises that this Conservative Party is so afraid of?”