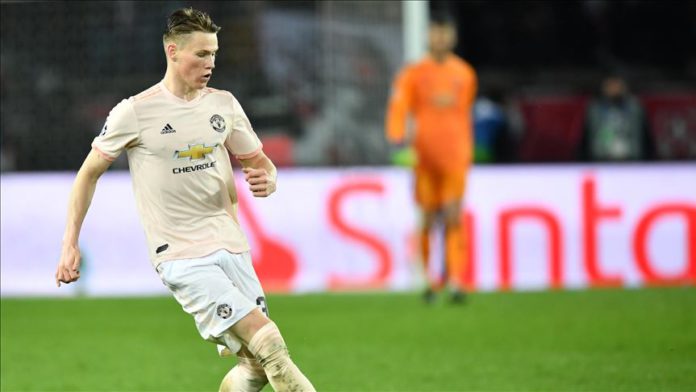 ”We are delighted to announce that Scott McTominay has signed a new contract, which will keep him at the club until June 2025, with the option to extend for a further year,” the statement read.

Having started his career with the Red Devils, the 23-year-old made his debut in 2017 and has so far scored seven goals in 75 matches across all competitions.

”Whilst I understand that we all have so many other things to think about at the moment, I’m so happy to sign this contract and play a part in the future for this team,” he said.

”All I have ever known is United and I hope that my passion for the club shows every time I go onto the pitch. I’ll continue to give everything for this club whenever I pull on the shirt. I want to thank the manager for the faith he has shown in me and everyone at the club that has helped me to get where I am today. I’m looking forward to finishing this season on a high and hopefully achieving our aims.”

Manager Ole Gunnar Solskjaer hoped McTominay will be an asset for the club in the days to come.

”Scott has done tremendously well since I joined and has been a vital part of our midfield. He brings determination, tenacity and skill to the game and we know that Scott’s attributes will be a major asset to the squad over the coming years,” he said.

Libya: One soldier killed in attack by Haftar militia