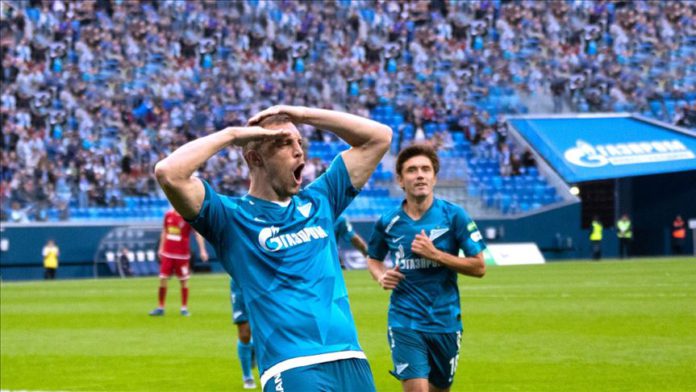 “The Executive Committee of the Russian Football Union decided at their meeting to resume the RPL [Russian Premier Liga] season from 21 June 2020,” the league said in a statement on its website.

The RPL said the games will be held on June 21-July 22, but the schedule for the remaining matches will be announced later.

The virus forced Russia to suspend the premier league games on March 17.

The remaining season will be held behind closed doors for health reasons and clubs can make five substitutions per match thanks to a recent decision by the International Football Association Board (IFAB), noted the RPL.

The IFAB had previously given a green light for the move, when it confirmed last week that teams could make extra substitutions during games for a temporary period to “protect player welfare” in response to the coronavirus pandemic.

“Two clubs [in RPL] will be relegated without promotion/relegation play-offs,” the top-tier league said, adding that the best two clubs in a lower division [Russian First Division — FNL] will replace these two, once the 2019-2020 season in Russia ends.

Separately, the Russian Cup — one of the local competitions put on hold — will continue as the 2020 final was scheduled to be played on July 25.

Russian authorities have so far reported over 2,400 deaths from the new coronavirus, with cases nearing 263,000 cases in the country.

In the Russian Premier Liga, 16 clubs are competing, while Zenit St. Petersburg were leading the league as they bagged 50 points in 22 matches.

Second-placed Lokomotiv Moscow and Krasnodar, sitting in third spot, had 41 points each in the league standings.