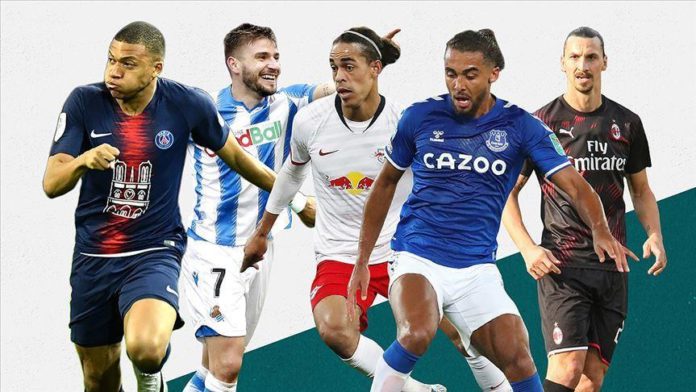 Tottenham Hotspur drew 0-0 with Chelsea on Sunday in the highly anticipated match of the English Premier League.

Although they fell behind 2-0 to Southampton in the first half, Manchester United sealed the win with Edinson Cavani (2) and Bruno Fernandes’ goals.

Arsenal were beaten by Wolverhampton Wanderers 2-1 at home, while Manchester City hammered Burnley 5-0 as Riyad Mahrez scored hat-trick for the home team.

Liverpool dropped two points after they drew 1-1 with Brighton in an away game.

Tottenham Hotspur and Liverpool sit top of the Premier League, each having 21 points.

The leaders Real Sociedad drew 1-1 with Villarreal, while Real Madrid were defeated by Deportivo Alaves 2-1, suffering a shocking loss at home.

The unbeaten leaders Milan maintained impressive form in Serie A, defeating Fiorentina 2-0 at home. They have collected 23 points in 9 matches.

Inter Milan defeated Sassuolo 3-0 in an away game while Napoli hammered Roma 4-0 at home.

Juventus dropped critical two points after they drew 1-1 with Benevento.

Borussia Dortmund suffered a shock 2-1 defeat to Koln at home while Bundesliga leaders Bayern Munich beat Stuttgart 3-1 in an away game.

Bayern Munich are currently top of the league with 22 points.

After defeated by Monaco 3-2 last week, Paris Saint-Germain (PSG) dropped points again in Ligue 1 with 2-2 draw against Bordeaux at home.

Olympique Lyonnais beat Reims 3-0 to continue to chase leaders PSG in the league.

Lille drew 1-1 with Saint-Etienne. Turkish international forward Burak Yilmaz made an assist to Jonathan Ikone for Lille to level the score.

PSG now lead the league, while Olympique Lyonnais and Lille remain to follow the leaders in the standings.