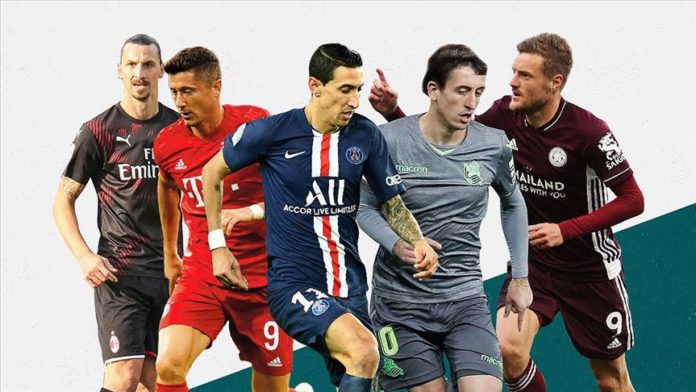 Liverpool took a 1-0 lead with Mohamed Salah’s penalty but Gabriel Jesus scored the equalizer at the Etihad Stadium.

Aston Villa defeated Arsenal 3-0 in an away game while the leaders Leicester City beat Wolverhampton Wanderers 1-0 at home.

Tottenham Hotspur moved to second spot in the standings after they sealed a 1-0 victory over West Bromwich Albion.

Chelsea secured a 4-1 win over Sheffield United to gain four consecutive wins in all competitions.

Reigning champions Real Madrid suffered their second defeat this season in the league as they lost 4-1 to Valencia in an away game.

Barcelona hammered Real Betis 5-2 at home to end their poor performance while another title contenders Atletico Madrid thrashed Cadiz 4-0 at home and Villarreal defeated Getafe 3-1 in an away match.

Real Sociedad increased their points to 20 to sit top of the table, followed by Villarreal, Atletico Madrid and Real Madrid.

Juventus draw 1-1 with Lazio in Serie A

Juventus dropped critical two points after they drew 1-1 against Lazio with Felipe Caicedo’s goal at the last minute.

Another title contenders Roma defeated Genoa 3-1 while Napoli beat Bologna 1-0 in an away match.

Paris Saint-Germain (PSG) beat Rennes 3-0 to extend their winning run to 8 matches in Ligue 1, they are at the top of the table with 24 points.

Lille were beaten by Brest 3-2 while Turkish international forward Burak Yilmaz scored two goals despite his efforts could not avoid the loss for his team.

PSG now lead the league, while Lille, Olympique Marseille and Rennes all continue to chase the leaders in the standings.