TurkishPress
Home News Football: Remembering Foe and others who died for the beautiful game 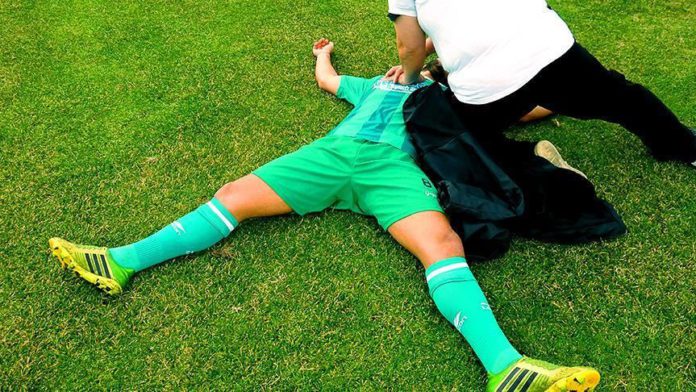 On June 26, 2003, Marc-Vivien Foe stepped onto the field at the Stade de Gerland stadium in Lyon, France, for Cameroon’s FIFA Confederations Cup semifinal against Colombia.

He was determined to lift the title, playing a pivotal role in the country’s path to the last four, which included wins over heavyweights Brazil and Turkey.

Before the Colombia clash, as his teammates recall, the 28-year-old was the one spurring everyone on to do their best for a place in the final.

Midway through the second half, though, life delivered a shocking reminder of its unpredictability.

The domineering midfielder collapsed near the center of the field, unchallenged and with no other player even near him.

After two autopsies, the cause of one of the most famous tragedies in football was ruled to be cardiac arrest.

He also had two stints in the English Premier League, first with West Ham United and then Manchester City, where he was on loan at the time of his death.

Foe was also a regular feature of Cameroon’s squad, making 62 appearances for the national side.

As the world remembers the young star today, we take a look at some of the other unforgettable individuals lost while following their love for the beautiful game:

The Hungarian forward died of cardiac arrest during a Portuguese Primeira Liga game between his team Benfica and Vitoria de Guimaraes.

The 24-year-old was rushed to the hospital and remained under treatment for hours, until his death was confirmed a little before midnight on Jan. 25.

He played in Portugal for six years, arriving at FC Porto in 1998 and spending loan spells at Salgueiros and Braga, before moving to Benfica in 2002.

Feher also represented Hungary in 25 matches and scored seven goals for his country.

The 28-year-old was declared dead before even reaching the hospital, with the cause being cardiac arrest.

Spanish footballer Antonio Puerta collapsed and lost consciousness on the field during his team Sevilla’s match with Getafe on Aug. 25, 2007.

After medical assistance, he was able to walk off the pitch but fell down again in the dressing room.

He was in hospital for three days and died on Aug. 28.

It was found that he had suffered multiple heart attacks due to a hereditary cardiac condition.

Puerta played for Sevilla his entire career, rising from the youth system to make 55 appearances for the first team.

Daniel Jarque played for Spanish club Espanyol throughout his career from 1995 to 2002.

The 26-year-old defender was found dead in a hotel room during the team’s pre-season camp in Italy’s Florence.

It was revealed that he died of cardiac arrest, which he suffered while on the phone with his girlfriend.

Jarque played 202 games for Espanyol and was made the club captain just a month before his death.

In the 2010 FIFA World Cup final, Spanish star Andres Iniesta dedicated his winning goal to his old friend Jarque, removing his shirt to reveal a tribute on his vest saying: “Dani Jarque siempre con nosotros” (Dani Jarque is always with us).

Italian midfielder Piermario Morosini was playing for Livorno when he suffered a heart attack during an away match at Pescara.

He received medical attention on the field and was rushed to the hospital, but his death was confirmed soon after.

Morosini, who was 25 at the time, played for several Italian clubs over seven years, including Udinese, Vicenza, Bologna, and Reggina.

Ivory Coast international Cheick Tiote died at the age of 29 after collapsing during training with Chinese second-tier side Beijing Enterprises.

The cause of his death was said to be cardiac arrest.

Tiote had a 12-year professional football career, seven of which were spent at English Premier League club Newcastle United.

He played more than 150 matches for United, whom he joined after stints at Belgian clubs Anderlecht, Roda JC, and Twente.

He also had 55 appearances for Ivory Coast and was part of the squad that won the 2015 Africa Cup of Nations.