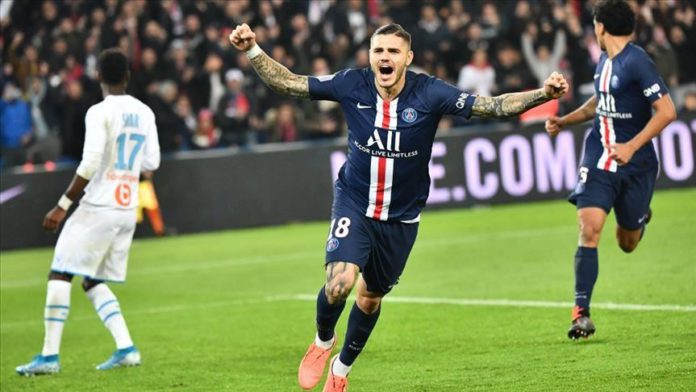 France’s Paris Saint-Germain have reached out a deal with Mauro Icardi, who will now stay at the football club for four more years.

“The 27-year-old Argentina international (8 caps), who also holds an Italian passport, has signed a four-year deal with the capital club until 30 June 2024,” the PSG said on their website.

Icardi is the 16th Argentine player in the history of PSG, and has made 31 appearances for Rouge et Bleu, producing 20 goals and four assists so far.

The Argentinean forward joined the French club in September 2019.

Icardi became 2015 and 2018’s top scorer in the Italian Serie A when he played for Inter Milan.

He also helped PSG clinch the 2019-2020 season’s league title as the top-tier division was finished in response to the coronavirus pandemic.