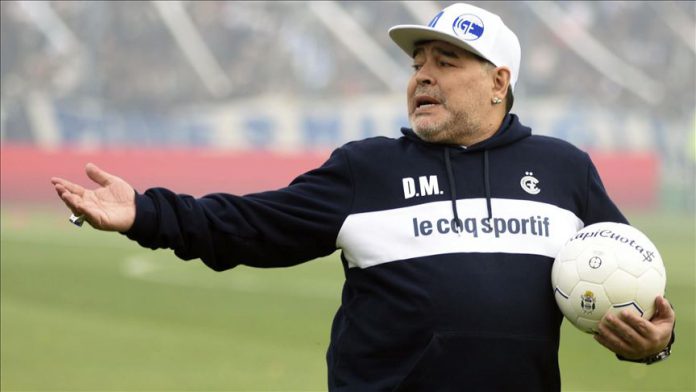 Argentine legend Diego Maradona on Wednesday left his position as a coach of Argentine club Gimnasia, less than three months after taking over the charge.

“I wanted to inform everyone that I am resigning from my position as technical director of Gymnastics and Fencing La Plata,” Maradona said on his Instagram account.

“This decision hurt me with all my soul,” he added.

Maradona, 59, decided to quit Gimnasia y Esgrima after Gabriel Pellegrino, the current club president, pulled out of running for re-election.

Argentine side are in the 22nd spot of Superliga Argentina standings, winning three out of eight