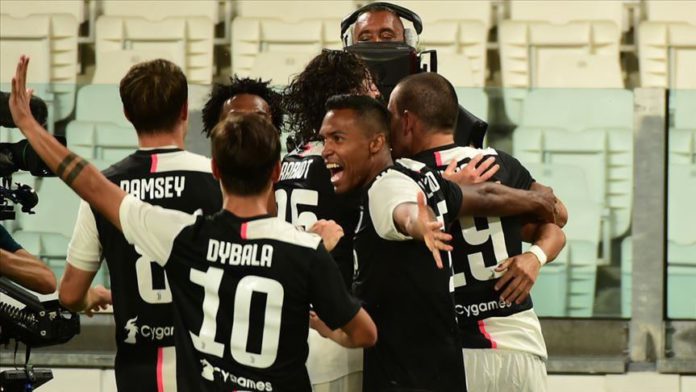 Juventus are getting closer to win the 2020 Italian top-tier Serie A title over Monday’s 2-1 win against Lazio.

Portuguese superstar Cristiano Ronaldo scored consecutive goals in the early minutes of the second half to cement a home victory for Juve.

Lazio forward Ciro Immobile put the ball into Juventus’ net from penalty kick near the end of the game in Turin.

Following the 2-1 win, league leaders Juventus, with currently 80 points in 34 matches, widened the gap to eight points against second-place Inter Milan with four matches to spare.

Atalanta are now on the third spot with 71 points as Italian manager Gian Piero Gasperini’s men are spending a sensational season.

Lazio are seated at the fourth place now in the league standings with 69 points.

Meanwhile Monday’s scorer Ronaldo went down in history as he became the first player to score at least 50 goals in Europe’s three divisions, the English Premier League, Spanish La Liga and Serie A.

Before his move to Juventus in 2018, Ronaldo had played for England’s Manchester United and Spanish powerhouse Real Madrid.