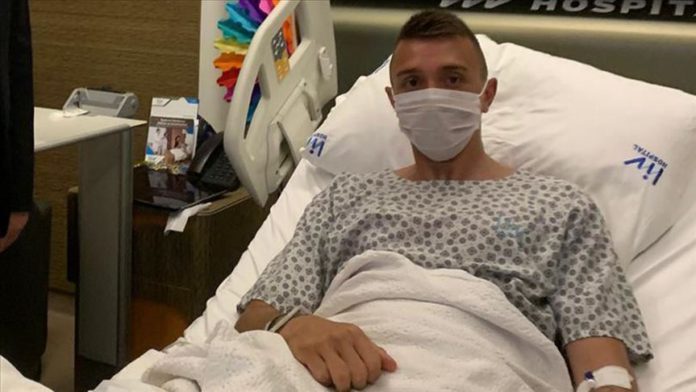 Galatasaray goalkeeper Fernando Muslera was discharged from hospital after suffering a major injury, the club announced on Thursday.

“I would like to thank everyone who was with me in this difficult time, the whole country, Galatasaray Club, Galatasaray fans, other clubs, team Dr. Yener Ince and Liv Hospital,” Muslera said on the club’s website.

Muslera, 34, added that he wants to return to the field as soon as possible.

The goalkeeper was diagnosed with tibia and fibula fractures when he collided with Czech forward Milan Skoda on Sunday’s Caykur Rizespor game.

The Uruguayan goalie joined the Istanbul club in the summer of 2011 and has made 361 appearances for the Lions.