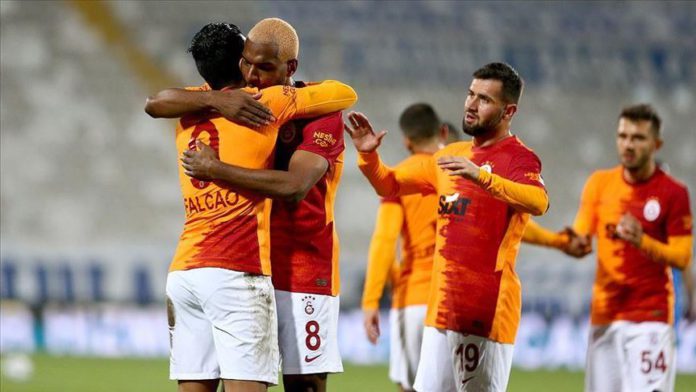 The visiting team took the lead in the 21st minute as Emre Kilinc scored the opener at Erzurum’s Kazim Karabekir Stadium.

The home side was awarded a penalty following a video assistant referee (VAR) review in the 45th minute.

The Lions found their second goal with Colombian star Radamel Falcao in the 64th minute.

In the 73rd minute, Galatasaray were down to 10 men on the pitch as Falcao was sent off after fouling Erzurumspor’s Hasan Hatipoglu.

The game ended with a 2-1 score in Erzurum.

Following this result, The Lions had their first win after three weeks in Turkish Super Lig.

Their latest victory was against Medipol Basaksehir on matchday two.

The third-place Galatasaray increased their points to 10, while eight-place Erzurumspor currently have seven points.

Edin Visca (2), Irfan Can Kahveci, Enzo Crivelli and Giuliano de Paula’s goals sealed a comfortable victory for the Istanbul side.