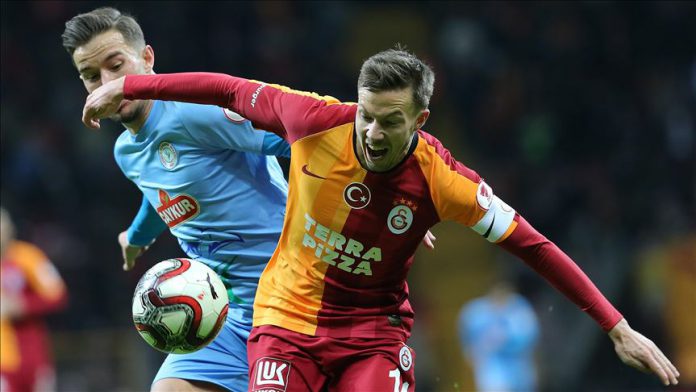 Galatasaray advanced to the quarterfinals in the Turkish Cup, after beating Caykur Rizespor 2-1 at Turk Telekom Arena on Thursday evening.

Galatasaray eliminated Caykur Rizespor 3-2 on aggregate after a 1-1 draw in the first leg of Round of 16 last week.

After a goalless first half, Galatasaray broke the deadlock in the 60th minute, when Adem Buyuk converted the awarded penalty kick, giving his team a 1-0 lead.

The resilient Rizespor team did not give up on their chances, they also managed to convert their penalty kick, Ogulcan Caglayan made no mistake in the 77th minute.

'Initiatives excluding Turkey in E.Med have no chance'