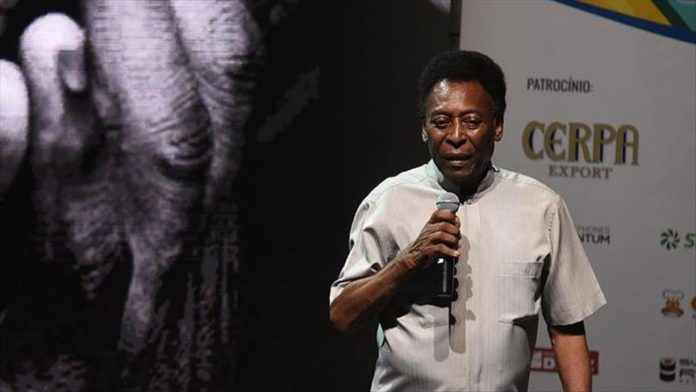 Considered one of the greatest footballers of all time, Pele won three FIFA World Cups with the Brazilian national team in 1958, 1962 and 1970.

FIFA also shared comments from sports people on Pele and his legacy for football.

“Pele was the only footballer who surpassed the boundaries of logic,” former Dutch football legend Johan Cruyff said.

“When I was five or six years old, my dad told me, ‘Whatever will happen in the future, the best player of all time will always be Pele. 2006 is still one of the biggest days in my life. My birthday, when you gave me the famous shirt with the No10 and your [autograph]. I will keep it forever,” Liverpool manager Jurgen Klopp said.

Pele scored 77 goals in 93 appearances for his nation.

Celebrities speak out on protests in Colombia