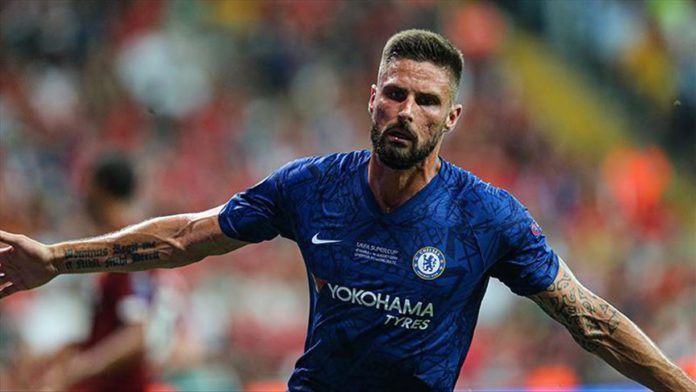 The French striker will stay at Chelsea until the end of 2020-2021 season.

”Prior to the pause in the season due to the pandemic, Giroud had again emphasized his importance to the squad by taking on the responsibility of leading the attack with Tammy Abraham injured, and making a significant contribution, not least when he expertly found the net to open the scoring in a win against Tottenham in February, and helped to knock Liverpool out of the FA Cup the following month,” the club said.

Giroud said he is pleased to continue his career at Chelsea and cannot wait to play in front of fans.

”I can’t wait to get back to playing and enjoying competitive football with my team-mates. I’m looking forward to wearing the Chelsea shirt again, especially in front of our fans at a full Stamford Bridge, whenever it is safe to do so,” he said.

”Since I have been back at Chelsea, Olivier has been brilliant as a professional and as a man in general.”

The 33-year-old forward moved to Chelsea from Arsenal in January 2018, scoring 21 goals in 76 matches.

NBA superstar Durant opts out of this season