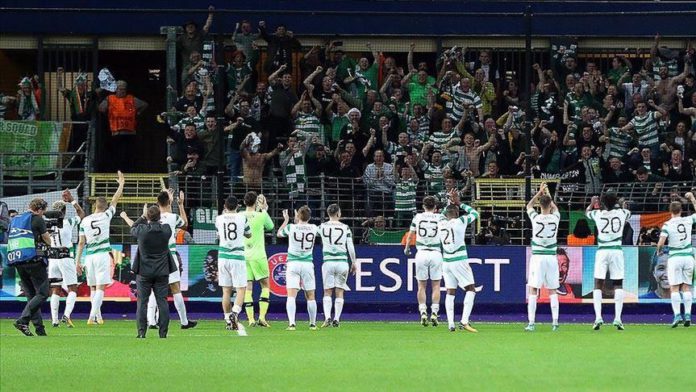 Celtic have been awarded their ninth Scottish Premiership title in a row after the country’s top-division football league was ended with the current standings due to the coronavirus pandemic.

Hearts, which were at the bottom with 24 points, were relegated to the Ladbrokes Championship.

Celtic collected 80 points at the end of 30 matches, already 13 points ahead of second-placed Glasgow Rangers .

“As with the Ladbrokes Championship, Ladbrokes League One and Ladbrokes League Two competitions, final season placings have been determined by points per game in league matches played to 13 March 2020 by each club,” said Scottish Professional Football League (SPFL) on its website.

The decision was taken in agreement with all 12-clubs in the league as the season was already halted in the country since March 13 due to the coronavirus pandemic.

“We would all have rather seen the league season played out on pitches, in stadiums and in front of supporters. This is not the way anybody involved with Scottish football would have wanted to conclude the league season but, given the grave and unprecedented circumstances that we are facing, the Board has agreed that it is the only practical way forward,“ SPFL Chairman Murdoch MacLennan said.

“Covid-19 has wreaked havoc on sporting competitions around the world and the repercussions will be felt for a long time. Scottish Government restrictions and deep concerns for both player and spectator safety left the SPFL with no realistic option but to call the Ladbrokes Premiership now and we thank the Premiership clubs for their support on this decision.“

“We dedicate this victory to you. To all our supporters. To the key workers who are saving lives, cleaning hospitals, stacking shelves and shielding loved ones at home.”