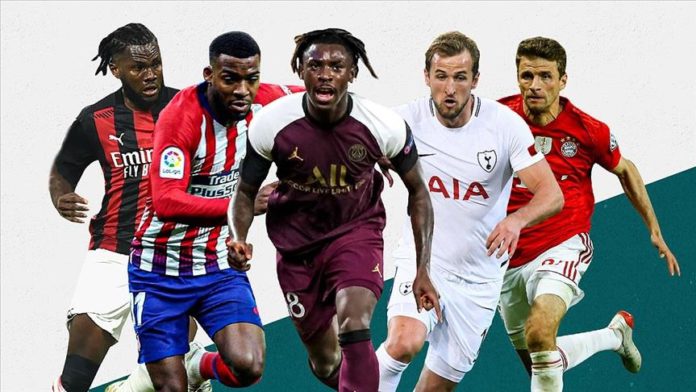 Most top clubs in Europe were victorious — or at least unbeaten — in their weekend fixtures, with the sole exception of Spanish giants Barcelona.

In England, Tottenham Hotspur won the North London derby against Arsenal 2-0 on Sunday.

Jose Mourinho’s side remains top of the pile with 24 points, ahead of Liverpool on goal difference, who hammered Wolverhampton Wanderers 4-0 at home.

Chelsea are in third place, two points behind the leaders after a 3-1 win over Leeds United on Saturday.

Manchester City also won their game against Fulham with a goal each from Raheem Sterling and Kevin De Bruyne.

Trailing 1-0 at the break, the Reds took away three points thanks to second-half strikes by Paul Pogba, Mason Greenwood, and Marcus Rashford.

La Liga: 7 on the trot for Atletico Madrid

Atletico Madrid defeated Real Valladolid 2-0 for their seventh successive victory in La Liga and stay top of the league with 26 points.

Barcelona, meanwhile, suffered another shock loss, going down 2-1 against Cadiz in an away game.

League leaders AC Milan maintained their unbeaten run in Serie A with a 2-1 victory over Sampdoria.

After eight wins in 10 games, Milan are top of the Italian league with 26 points.

Inter Milan defeated Bologna 3-1 at home, while Napoli hammered Crotone 4-0 in an away fixture.

Juventus came from behind to win 2-1 against city rivals Torino for the fifth victory this season.

Bayer Leverkusen jumped to second spot with a 3-0 victory over Schalke, while Borussia Monchengladbach played out a 2-2 draw with Freiburg.

Bayern Munich are top of the league with 23 points, followed by Bayer Leverkusen with 22 points, RB Leipzig with 21 and Borussia Dortmund with 19.

Ligue 1: Yazici on the mark for Lille

Paris Saint-Germain defeated Montpellier 3-1 in an away game to take their tally to 28 points.

PSG are top of the table, followed by Lille and Lyon, who are tied at 26 points.