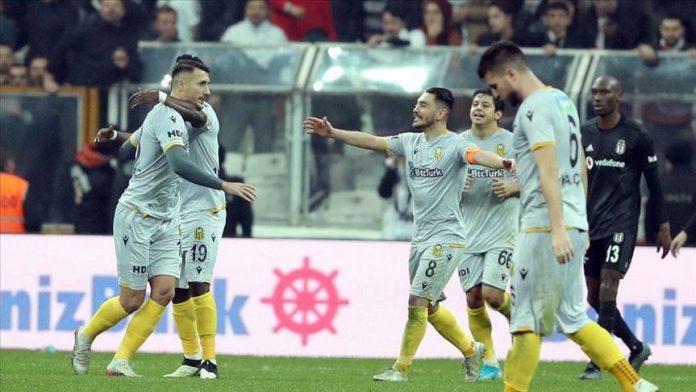 In the first half, neither team was able to break the deadlock with all of the game’s goals coming in the second half.

Yeni Malatyaspor managed to get the win, thanks to the goals by forwards Congolese player Thievy Bifouma in the 85th minute and Macedonian player Adis Jahovic who hit a penalty for his team in stoppage time at Vodafone Park Stadium.

With this result, BTC Turk Yeni Malatyaspor jumped to seventh place with 23 points, while Besiktas remained in second place