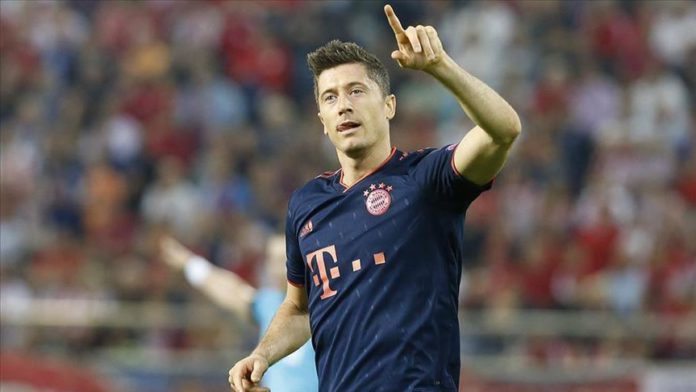 Germany’s Bayern Munich bagged a valuable away win Saturday against Bayer Leverkusen as the Bavarian powerhouse inched closer to the 2020 Bundesliga title.

Bayer Leverkusen took the lead at BayArena as Argentine Lucas Alario scored the opener in the tenth minute.

In the 42nd minute, Bayern Munich midfielder Leon Goretzka put the ball into Leverkusen net as the visitors came back.

Near the end of the first half, German winger Serge Gnabry made it a two-goal lead for Bayern Munich when he chipped the ball over Bayer Leverkusen goalkeeper Lukas Hradecky.

In minute 66, Bayern Munich extended the lead when Polish star Robert Lewandowski found the net with a powerful header.

Lewandowski is having an excellent season with 30 goals.

At the final whistle, Bayern Munich won the week 30 match 4-2.

Bayern Munich increased its point total to 70 in the standings as they moved seven points above the competition in the Bundesliga.

German midfielder Emre Can scored the winning goal in the second half as Borussia Dortmund beat Hertha Berlin 1-0 at Signal Iduna Park.

RB Leipzig is in the third spot with 59 points with a 1-1 draw against Paderborn at Red Bull Arena, Leipzig.