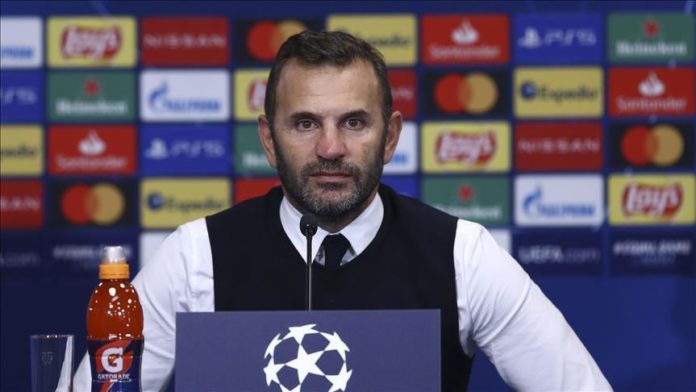 Medipol Basaksehir are ready for Tuesday’s UEFA Champions League match against Manchester United, with the Turkish club’s manager confident that his players will give their all for a second straight win over the English team.

“Winning the first match against United has put us in a competitive position in the group. We have a real chance now to get the second or third place,” Okan Buruk said at a news conference in Manchester.

Two teams that know each other well will meet today, he said, adding that both sides played similar football in the first match that Basaksehir won 2-1.

Basaksehir defender Rafael Pereira, a former United player, said the players are eager to give their best and secure victory.

He said the team is in high spirits and knows what is needed to overcome a strong team like Manchester United at home.

The Group H game will be officiated by Romanian referee Ovidiu Hategan and will kick off at United’s Old Trafford stadium at 2000GMT.

Basaksehir’s Junior Caicara and Enzo Crivelli will miss the match due to injuries, while two more players, who the club has not named, were not part of the travelling squad after they tested positive for COVID-19.

The Red Devils, meanwhile, will be without injured defender Eric Bailly.

United and Germany’s Leipzig lead the group with six points each, while France’s Paris Saint-Germain and Basaksehir both have three points.

PSG will be hosting Leipzig in Paris in the group’s other game on Tuesday.