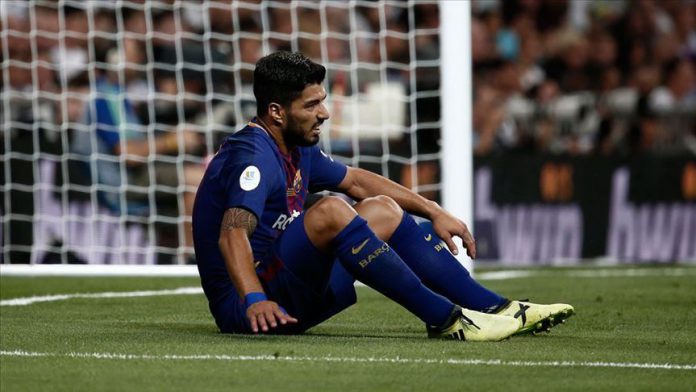 Spanish football giants Barcelona will play without Uruguayan forward Luis Suarez for next four months due to injury on his right knee.

He will be out for approximately four months, Barcelona said in a statement, adding that:” “Luis Suarez, has been operated on this Sunday by Dr. Ramon Cugat, who used keyhole surgery to resolve an injury to the external meniscus of the right knee by performing a suture.”

Luis Suarez, 32, made 23 appearances for Barcelona this season, scoring 14 goals, 11 in Spanish La Liga and three in the UEFA Champions League.

In addition to his goals,