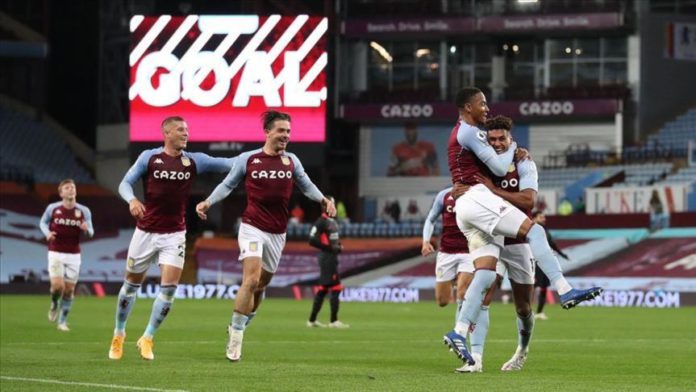 John McGinn, Ross Barkley and Jack Grealish (2) were among the other scorers for Aston Villa.

Liverpool’s two goals came from Egyptian star Mohamed Salah, but his efforts weren’t enough to secure a win for his team.

It marked the first time that Liverpool conceded seven goals in a match since 1963, when they were beaten by Tottenham 7-2.

Aston Villa climbed to second place with nine points while Liverpool remained in fifth spot with the same number of points.