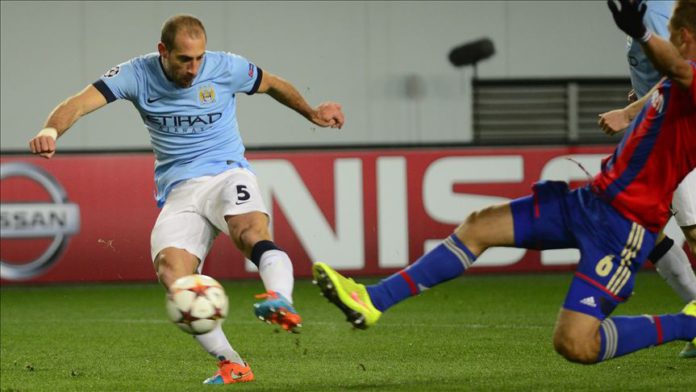 Argentine right-back Pablo Zabaleta on Friday announced his retirement from football at the age of 35.

“After 18 years as a professional footballer, I took the decision to retire from playing football. These have been wonderful years that gave me the opportunity to enjoy unique and unforgettable moments,“ Zabaleta said on Twitter to confirm his retirement.

Zabaleta won two Premier League titles in addition to FA Cup and two League Cups with Manchester City from 2008 to 2017.

He also made 58 appearances for his country while he was part of Argentina’s squad for the 2014 World Cup, helping his nation to reach the final.