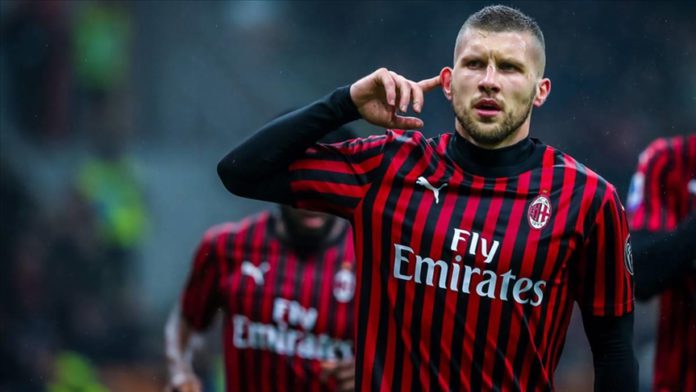 AC Milan defeated Lazio 3-2 on Wednesday with a late goal to remain at top of Italy’s Serie A.

Croatian forward Ante Rebic scored the opener with a header in minute 10 at San Siro Stadium.

In the 17th minute, the home side were awarded a penalty as the Turkish midfielder Hakan Calhanoglu converted the penalty successfully, making it 2-0.

Lazio’s Spanish midfielder Luis Alberto scored to narrow the lead to one goal in the 28th minute.

The visiting side managed to equalize the game with Ciro Immobile’s goal in the 59th minute.

In the stoppage time, Milan found the third goal with French defender Theo Hernandez’s header and the game ended 3-2.

Milan are currently at top of Serie A with 34 points as Lazio are in eighth place with 21 points.

On Wednesday, Inter Milan defeated Hellas Verona with a 2-1 score as they remained in second place with 33 points.

On Tuesday, Juventus were defeated by Fiorentina with a 3-0 score at Juventus stadium.

Following this score, Juventus slipped to sixth place with 24 points.

Afghan peace: US envoy in Kabul ahead of Turkey meet