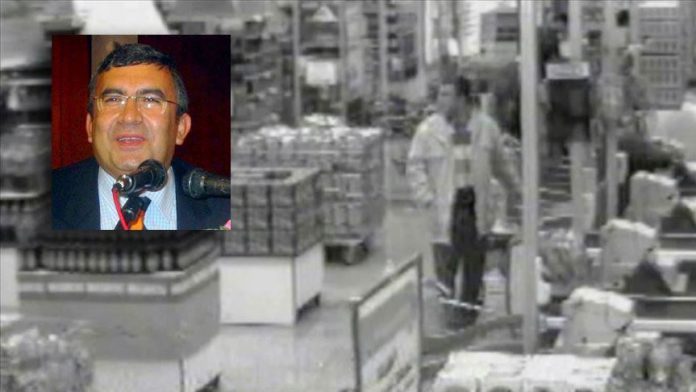 Anadolu Agency obtained CCTV footage of a supermarket which showed Turkish academic Necip Hablemitoglu shortly before he was killed in 2002. Hablemitoglu had branded the Fetullah Terrorist Organization (FETO) as a criminal organization in his books.

Ankara University’s Hablemitoglu, known for his research and books on FETO, was killed in 2002 in front of his house, but the murder was never solved.

The footage, which was also included in case files in the Turkish capital Ankara, is from a supermarket near Hablemitoglu’s house in Ankara. He was seen walking between the aisles while shopping.

On Monday, a suspected murderer

Leicester City rise to no. 2 spot through Tottenham win

'Terrorists have no party, identity, belief'