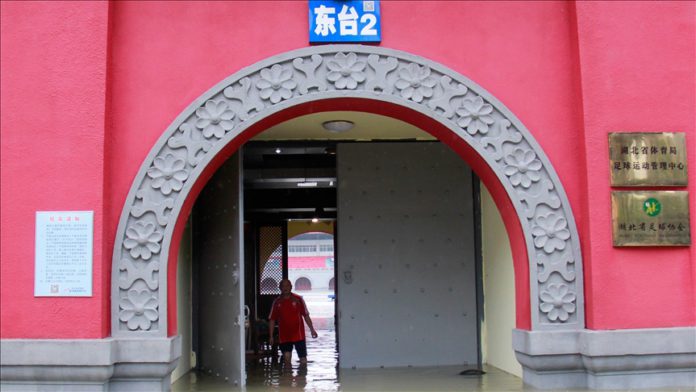 Unprecedented floods in China have wreaked havoc in central parts of the world’s most populous nation, according to local media on Friday.

At least 56 people have lost their lives due to raging floods in the Zhengzhou area, while five others are missing, local authorities in the central Henan province said on Friday, daily Global Times reported.

An official told a live-streamed news conference by public broadcaster CGTN that half a million others have been relocated to safer places.

He said more than 5 million people across 120 counties have been affected by the floods since last week, adding: “Over 3,000 houses submerged and collapsed while other 5,500 houses were damaged severely.”

He put losses at millions of US dollars, so far, adding that the administration and local people are working to get back to normalcy and reconstruction has started.

The official also noted that many areas in the province witnessed “historic rainfall” due to “change in the weather” that has affected roads, air traffic, and electricity.

Insurance companies have reported 176,900 cases, including 167,500 auto insurance cases, which cost them around $898 million.

China’s People’s Liberation Army rushed 25,000 soldiers, militia and policemen, 1,400 vehicles and machines along with 170 vessels for rescue work in the flood-hit areas.

Rains caused rivers to burst their banks and flooding streets in several cities in the region.

According to the Zhengzhou Meteorology Bureau, 617 millimeters (over 24 inches) of rain has been recorded in the region, the highest in 60 years.

Early this week, heavy rains in the Daur Autonomous Banner of Inner Mongolia caused the breakdown of at least two dams.