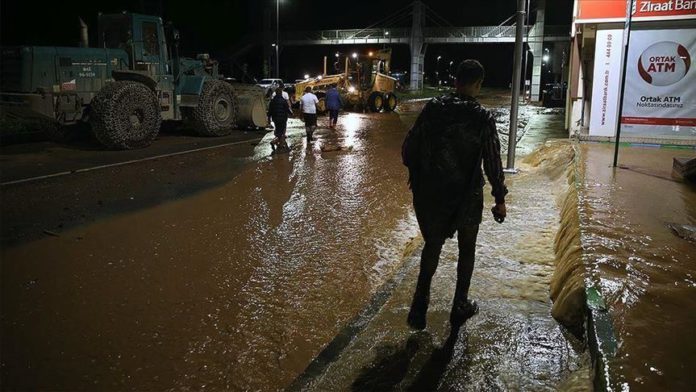 Interior Minister Suleyman Soylu said they have been facing problems reaching 12 villages but all rescue team units were working in the region.

People injured in landslides in the villages of Yamac and Koprubas in Cayeli district were taken to the hospital.

Soylu said search and rescue efforts were ongoing for one person who was reported missing. However, later on, it was stated that the rescue team had found the person’s body in an area near his home.

Authorities said many homes had been damaged while three were completely destroyed.

Meanwhile, rainfall in the region has started picking up again.

Lebanon: At least 114 injured in clashes amid protests

Singapore to separate foreign workers due to COVID-19