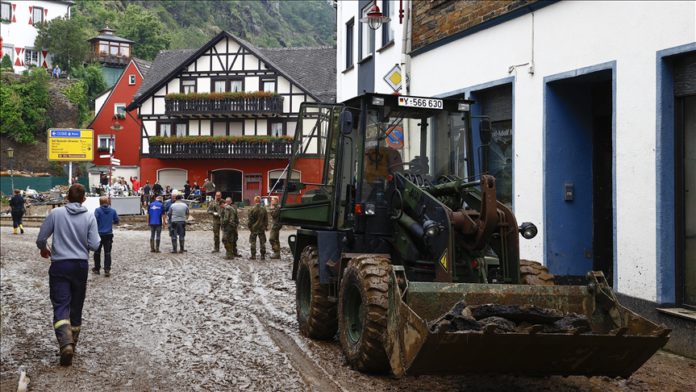 BERLIN (AA) – More than 150 people were killed and over 650 injured in flooding in western Germany, officials said on Sunday.

At least 110 people lost their lives in the hard-hit Ahrweiler district of the Rhineland-Palatinate state, the Koblenz Police Department said in a statement. It also reported 670 injuries due to floods.

On Saturday, heavy rains hit the eastern state of Saxony and the Upper Bavaria region, forcing evacuation of hundreds of residents. At least one person was killed in the flooded area, local media reported.

Chancellor Angela Merkel is scheduled to visit the flood-hit region of Rhineland-Palatinate today, as her coalition government is working on a financial aid package to help flood victims.

Germany’s public television ARD has also launched a donation campaign to raise money for the victims.