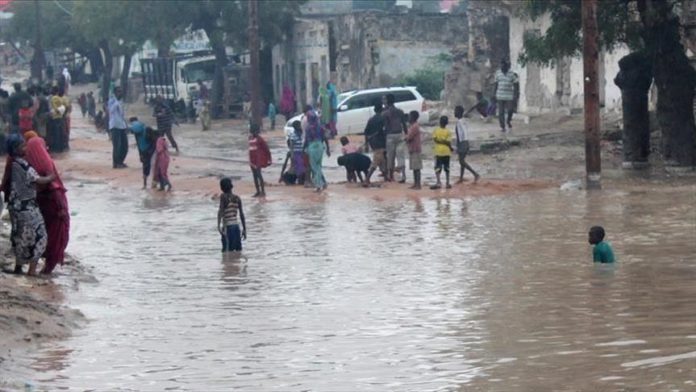 Nearly 30 schools in Kenya’s Baringo county remain closed due to floods caused by the swelling and rising water levels around the lakes Baringo and Bogoria.

The floods have been caused by delayed heavy rain pounding the region for almost a month now.

The raging water that has broken its banks has displaced thousands, washed away farm products and animals, leaving houses fully submerged in water, with roads now submerged in water. Locals claim that millions worth of property has been destroyed by the water and now are forced to use boats to move around where once motor vehicles and bicycles were the norms.

The COVID-19 pandemic along with climate change have teamed up to create a crisis of food insecurity, pollution, water scarcity, and displacement, with most people relying on shallow wells and rivers for clean water for drinking, floodwaters have mixed with open latrines contaminating most water sources.

Esther Keittany who works at the childcare centre in the Tangulbei region of Baringo told Anadolu Agency that “all our children who need special care have been sent home, they are supposed to be here because we take care of them better than they would be taken care of at home, but look at the centre, it has been totally submerged in water, only the roofs can be seen, our children are from disadvantaged backgrounds”.

Shadrack Mailuk — a member of the County Assembly and an elected representative who is in charge of an electoral unit known as Ward — said: “Our roads have been swept away, villages have totally disappeared with most being underwater, people need food aid, water and medicines to fight waterborne diseases”.

The Kenyan government has said it will map-out the areas affected by the swelling of lakes located on the Great Rift valley and compensate all those who have been affected.

“We are going to make efforts to restore livelihoods on a case by case basis by offering technical support and capacity building through the Kenya devolution support program,” Chris Kiptoo, the permanent secretary at the Environment Ministry told a news conference.

An estimated 20,000 people have been displaced along the Rift valley due to the floods.