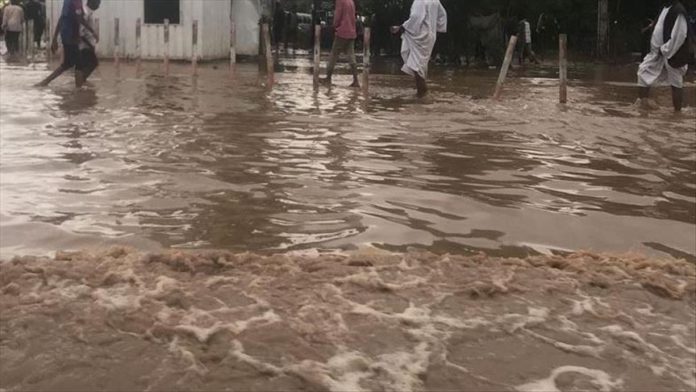 About 11,500 people have been forced to leave their homes since late October as a result of flash floods in Chad’s capital N’Djamena, the International Organization for Migration (IOM) said on Tuesday.

In a statement, the IOM said the floods have caused waters to rise and led to the overflow of Chari River, a 1,400-kilometer-long (870-mile) river, which flows through Chad and the Central African Republic into the Lake Chad.

The floods “add a layer of vulnerability to a population that had already been impacted by severe floods last August,” it added.

“It is now urgent that we scale up efforts to quickly provide suitable shelter and emergency response support to the disaster victims as there is concern for COVID spread in tight living spaces as well as risk of water-borne diseases that are endemic in the region,” said Anne Schaefer, IOM Chad chief of mission.

“The extreme rainy season of 2020, which continues in the south of the country, is leading to an increase in water levels.

“Upstream, risk also is rising in the Lac Province, where more than 393,000 people are currently displaced as a direct consequence of climate change and insecurity from actions of Boko Haram and other non-state armed group actions,” according to the statement.