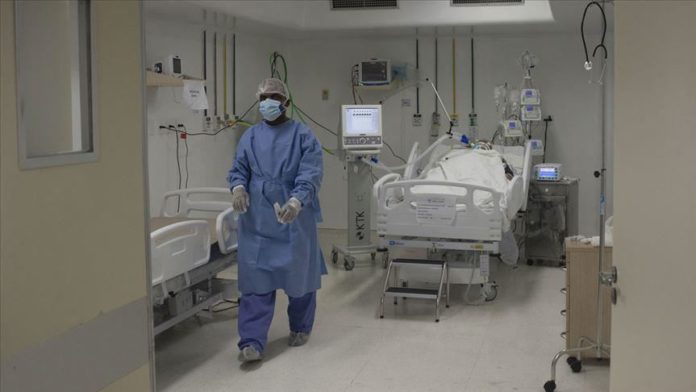 For several days, Satendra Prasad and five family members have resided at a neighbor’s house after floodwaters entered their one-story home in Mathia village in India’s Bihar state.

“The situation is really bad here. Water has entered our village for the first time after so many years,” Prasad, 48, told Anadolu Agency. “Several families have shifted to safe areas, and those who have no option are living together in camps. Everyone’s priority is to save their life.”

Mathia, located in the Saran district, is one of many villages affected by flooding in Bihar, which has affected 6.9 million people across 16 districts in the state and killed 21 people.

Prasad’s story is not the only one. He said residents are moving out of the village by boat, and earlier this week, a pregnant woman had to be taken to a local health center under trying circumstances during the night.

“The health center is 4 kilometers from our village. She reached there with difficulties. A boat was available here. Otherwise, God knows what would have happened,” said Prasad, who also runs a local non-government organization.

Arvind Kumar Singh, also from Saran, said he is seeing floods after quite some time and things are worse. “Every year, we see water in some areas. But this type of flood is after a long time,” he said.

While monsoon floods are routine in many parts in India, what has compounded the problem is the coronavirus pandemic, which is witnessing a huge increase across the country.

Locals and health officials say challenges have increased in view of COVID-19. The state has recorded more than 60,000 cases.

“At least 12 blocks are under floodwater. The challenge for us is double obviously because there is a pandemic as well and the staff is less,” said Dr. Sanjiv Kumar, a senior health official of worst-hit Darbhanga district.

Mansoor Khusper, who runs the Al Mansoor Educational and Welfare Trust, a non-government organization in the state, said COVID-19 has doubled problems. “People are living in camps because their houses are marooned, and inside the relief camps, people are not maintaining social distance, which is creating a lot of problems,” he said.

Asked about the present situation, Pratyaya Amrit, a top officer in the Bihar government, told Anadolu Agency it is “challenging, but very well under control.”

Currently, many areas in India have been flooded due to the monsoon rains. Besides northeastern Assam state, where 2 million residents are affected, officials said more than 500 villages have been affected in 16 districts of northern Uttar Pradesh state.

Officials in Assam said there has been a substantial improvement in the flood scenario.

“For now, the situation is improving and the floodwater is receding. We are now witnessing fewer deaths as well,” said Limpi Talukdar, an officer with the state’s disaster management authority (SDMA), adding it “cannot say anything about coming days because monsoon rains will continue for some time now.”

Mahesh Palawat, the head of private weather agency Skymet, said there has been relief in the last few days in India because the rainfall has stopped. “But in the coming days, there is another spell of rainfall in various areas,” he said.

Palawat said a lot of areas in Bihar state are seeing floods as rivers in neighboring Nepal have swelled because of the rains.

“Monsoon rains happen every year. But this year, the challenge is due to the pandemic. There are hundreds of thousands of people who are living in camps,” he said, adding that the monsoon will continue until September.

Ankara see Maras as a place where everyone can benefit