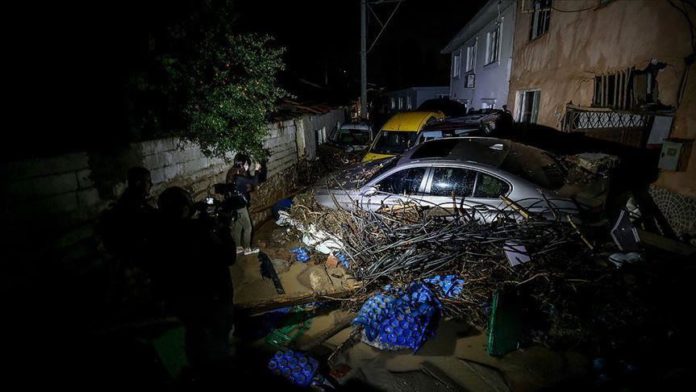 According to information obtained from the teams taking part in search and rescue operations, two of four missing people have been found dead.

Late Sunday, Yakup Canbolat, the governor of Bursa province, said that according to an initial assessment, two people had died and four were missing in the floods.

The floods occurred in Kestel district, which has paralyzed life in the rural neighborhoods of Dudakli, Narlidere, Aksu and Kayacik.

Intensive search and rescue operations are being carried out in flood-hit areas by 257 personnel, including 134 gendarmeries.

According to his initial assessment, Soylu said the incident is far above the seasonal norms.

He said for now, the only thing the rescue team can do is locate those missing.