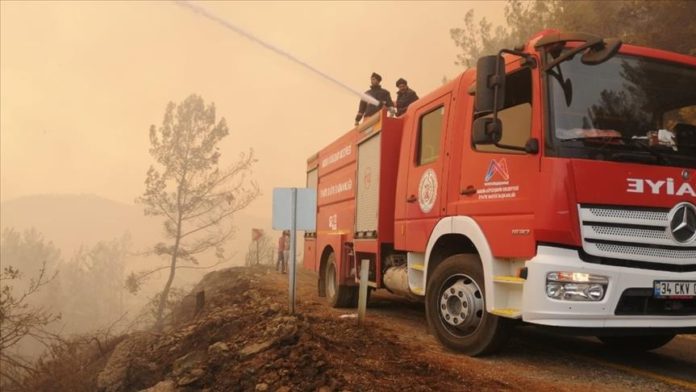 Bekir Pakdemirli said in a tweet that efforts to cool down the area affected by the fires continue after the fires have been taken under control in Antalya’s Manavgat and Gundogmus districts.

Turkey’s battle against the devastating forest fires in southern provinces continues at full pace on the 10th day.

In an earlier statement Friday, Turkey’s President Recep Tayyip Erdogan said 208 wildfires have erupted in 44 provinces of Turkey since July 28.

So far, 196 forest fires have been put out, and efforts are underway to extinguish the remaining 12 fires in five provinces, including Antalya, Mugla, Isparta, Aydin, and Denizli, he added.