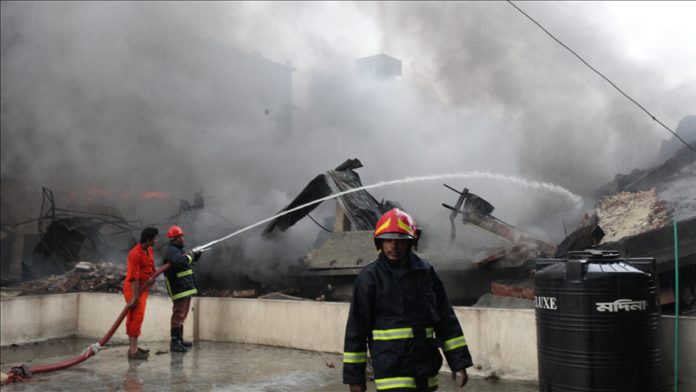 At least two workers were killed and 40 injured in a massive fire that erupted at a factory in the central district of Narayanganj — the readymade garments and food factory hub in Bangladesh.

Narayanganj Fire Service and Civil Defense officer Iqbal Hossain told Anadolu Agency that the bodies of two women between 32 and 45 years of age were recovered from the Hashem Food and Beverage factory.

Dozens of injured workers were sent to hospitals, including some who were taken to the Dhaka Medical Hospital for better treatment, he said.

Deputy Assistant Director of Narayanganj Fire Service Station Md. Abdullah Al Arifin told Anadolu Agency at the scene that the “fire broke out on Thursday evening and 11 fire-fighting units were still working to douse the flames.”

The entire building caught fire and the number of casualties and those missing will be known after a rescue operation is completed, he added.

Workers who managed to escape told reporters at least 40 workers were trapped and the fire originated on the ground floor.

9 killed in plane crash in US